My Eyes Were Opened 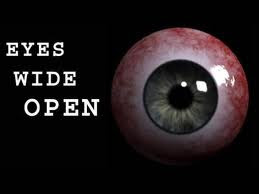 I've recently been engaged in a contemplation of what a black belt means. My Kojutsukan blog reflects that.

In considering this most important of questions, I remembered what Robert Hymus, a senior instructor of Jan de Jong's, used to related to us. He explained how his eyes were opened when he was studing the shodan (black belt) grading. What did he mean?

Let us ignore for the moment the mon grades which De Jong introduced at the beginning of his grading system. Let's focus on the grading system which is suppose to examine what the student has learnt.

What are the kyu grades comprised of? They are comprised of specified defences against specified attacks, albeit with the attacks in random order in order to more closely simulate an operational environment (shinken shobu no kata, aka reflex training/gradings).

At the completion of the kyu grades the student is a 'trained monkey.' They know 'tricks,' also known as specified defences against specified attacks.

The core of all learning is the identification of similarities and differences.

It has been said that analytical thinking produces knowledge while systems/synthetical/systemic thinking produces understanding. The latter approach is often described as being the thing of genius. When you can see the 'patterns that connect.' Our world is in the mess it is at the moment due to analytical thinking. We are now beginning to appreciate the benefits and power of systems/synthetical/systemic thinking.

De Jong's kyu grades produce knowledge. His shodan grading were designed to produce understanding. This was the meaning behind his shodan grade. Even though the focus was on the two shinken shobu no kata/practical grades - more tricks - the true value of the shodan grade was in the theory and revision based examinations.

De Jong had an intuitive understanding of the difference. He introduced the mon system to introduce students to a systemic way of thinking about his jujutsu. This approach was lost on the students, in part because it was lost on the instructors. By explicitly understanding the difference between analytical thinking and synthetical thinking in relation to jujutsu, we can better instruct the students in the hidden wonders of De Jong's teachings.

I have recently developed a theory and revision grading. It is completely different to the two seperate gradings developed by De Jong. I now have a greater appreciation that I am continuing De Jong's work with regards to what he considered shodan to mean. It isn't a minimum proficiency as so many other martial arts suggest that the meaning of their shodan is, in which the student has qualified to become a student of their martial art. My approach is looking at the essence of the techniques, not in esoteric terms but in real terms. In this way, my shodan becomes a global shodan in which all techniques of all martial arts can be understood and studied. In this way, I am seeing further by standing on the shoulders of giants. Those giants being De Jong and Greg Palmer.

Embrace the mantra - the core of all learning is the identification of similarities and differences - and reject analytical thinking in favour of systems/systemic thinking in understanding and studying Jan de Jong Jujutsu and any other martial art. You might also try studying injury science, biomechanics and physiology. Or, you might try reading my work which is designed to become a book.
Posted by John Coles at 10:38 PM