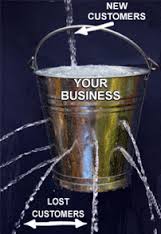 Recent news articles gave me cause to reflect on a strategy that I employed to save the Jan de Jong Self Defence School from closing.

I was working full-time in administration and as an instructor at the JDJSDS in the mid-90s whilst I undertook an MBA at the University of Western Australia. Jan de Jong informed me that he would have to close the doors of the school as it had been losing money for a number of years. Apart from my natural reluctance to concede defeat, I was also not about to lose my beloved school without a fight.

Sun Tzu in The Art of War advocates knowing your enemy before you engage them, so, I got to know my enemy by researching whatever data I could get my hands on. What I found was that every key performance indicator that I could access had declined consistently since the late 1970s early 1980s. All my graphs headed south. 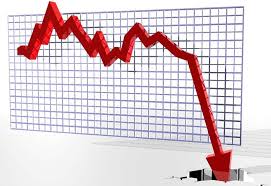 An interesting result arising out of this research was a pattern associated with enrolments. They peaked in January/February and declined thereafter, which you'd expect, but they would spike once again in July/August, which I still cannot explain. The mid-year spike was slightly less in numbers than the beginning of the year and would fall off for the rest of the year. I cannot believe that the mid-year spike is associated with the end of the financial year. I cannot imagine that someone thinks, 'Oh. End of financial year, must enrol in martial arts.' No New Financial Year resolutions.

Rather than employing the traditional strategy of marketing in order to acquire new students, I decided to employ the leaky bucket strategy to retain students, which paradoxical also had the benefit of acquiring new students.

The leaky bucket strategy uses a leaky bucket as a metaphor for an organisation. You keep pouring water in but it keeps on leaking out through the holes. In order to fill the bucket, you either have to pour in more water (acquire more students) or plug the holes (retain students). I chose the latter, which in this case also provided the former, and it was cost effective. 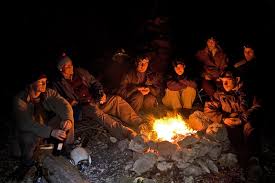 How do you retain students? After years of talking to older members and instructors, I realised it wasn't the quality of instruction nor the quality of the martial arts that was the factor that produced loyalty in this school. They told stories about their time at the school not what they learnt. Stories around the camp fire is what culture is made up of. Culture - that was what keeps people at the school. Culture is what makes them ambassadors, sales people, for the school. Culture - telling stories around camp fires.

De Jong had been travelling to Europe for an annual teaching tour since 1980. There was a positive correlation between these annual teaching tours and the decline in all of the school's KPIs, and so I concluded that because he'd refocused his interest on to those tours that it had trickled down to his instructors and then on to the students.

I got De Jong to refocus his attention back on to the school. To engage with the instructors not only about his European tours but also about their classes, their students. I got him to visit branches - there were students at the branches that didn't even know that the Jan de Jong in the Jan de Jong Self Defence School was a person alive today and teaching. The instructors re-engaged, which in turn engaged the students.

I arranged for an annual day at Christmas where all the members from all the branches would get together. They would see they were part of something bigger than just a few people in a community hall once a week. I got the instructors to put on demonstrations of jujutsu, aikido, and pencak silat. The students never got to see their instructors 'do their stuff,' and in doing so it inspired them. It gave them something to talk about, which in turn would attract new students.

I remember the internationally acclaimed Sensei Joe Thambu attended one of those Christmas days.

This was a cost effective exercise, as the leaky bucket strategy is compared to the acquisition strategy. The De Jong's regularly paid a very large sum of money for a Yellow Pages advert and questioned the value of that 'investment.' I conducted a survey and found that it contributed ... the acquisition of one student. One! I'd calculated a 'life time' value to students which was around $600 which the $x thousands of dollar investment yielded. Not a good return on an investment.

I suggested that if they wanted to spend thousands of dollars on marketing, that they should do so by marketing internally. Spend the money on culturally enhancing activities. Like most small business owners, they were reluctant to pursue such an unorthodox strategy.

What was the result of my strategy? The school is open to this day. 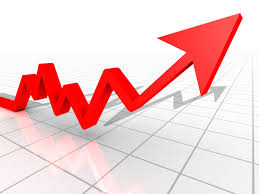 The first year I was there the decline continued. The second year after I'd implemented the leaky bucket strategy focusing on culture, all of the KPIs plateaued. Plateaued for the first time in nearly two decades! The third year - all KPIs headed north. Student enrolments and length of stay increased. Students stayed longer and invited others to join. The leaky bucket strategy which focused on culture was a success.

Just as the Bulldogs and Swans coaches found at their AFL clubs.

This story has another element to it that I've come to appreciate as I search for an executive position today. There is a focus on leadership, leadership abilities and demonstrated leadership in organisational life today. A cult of leadership as I call it.

Was I a leader? Did I effect change by being a leader?

I effected change without acknowledgement nor recognition. De Jong was and is acknowledged as being a leader, however, he needed someone to push him in the right direction and without him knowing it or even 'buying into' the strategy. Does that make me a leader? Did I lead from behind? ... How will the gatekeepers to employment, the executive recruitment agents and HR people view this example of leadership, if it is an example of leadership?

Hopefully sharing this experience might help you save and/or grow your school, whether you are the principal or not.
Posted by John Coles at 8:43 PM