You will recall from my last post that Sensei Dan Newcombe, founder of Self Defence Central Dojo and Tsutsumi Hozan Ryu International, forwarded a number of photographs taken in the 1950s when his father and uncle trained under JDJ to me. This is the latest installment. 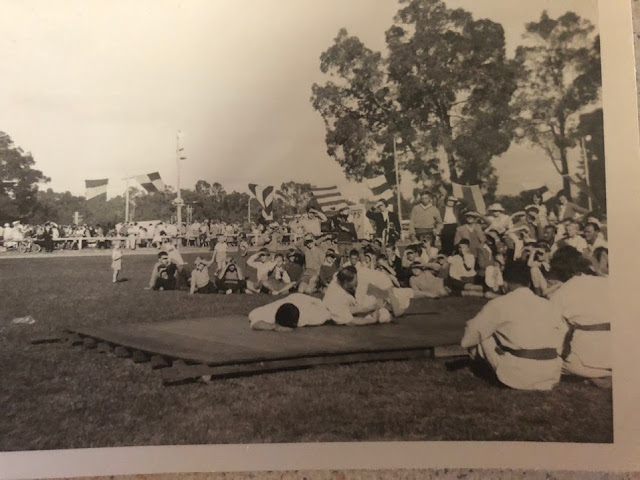 Jan de Jong and his school have been performing public demonstrations since the 1950s. Anyone who has gone through the Jan de Jong School and who were proficient would have participated in these demonstrations. There was a time in the 1990s when a formal demonstration team was attempted to be established and whose inclusion was by invitation only, however, that formality soon phased out.

The above photo is of JDJ performing a straight arm lock on the ground. The person sitting to the extreme left in the foreground is Dan's uncle and next to him is a young Margaret Kellond, later Margaret de Jong after she married Jan de Jong.

No mats for these intrepid jujutsuka. 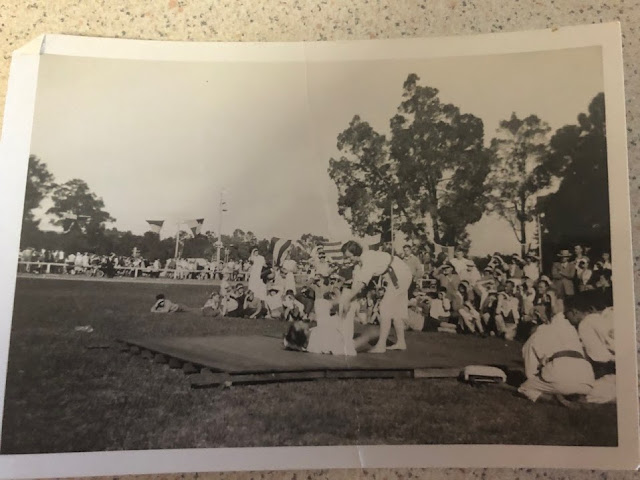 This is Margaret Kellond performing in the demonstration. Not actually sure what is going on there. Margaret must have been a good practitioner as she is only a teenager in this photo. 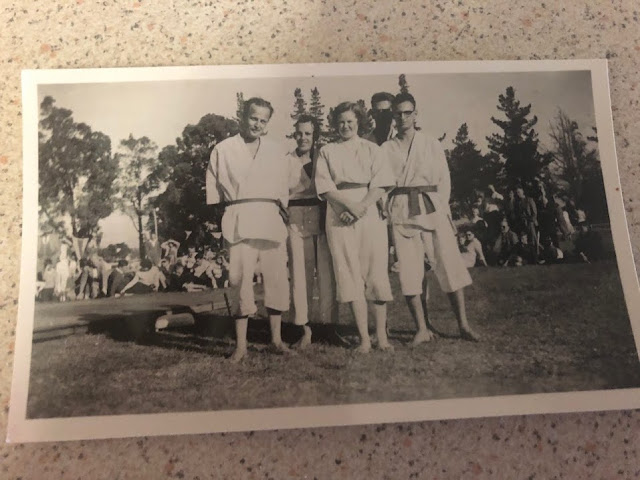 This is a photo of the demonstration team. Not sure if Dan's uncle in present. Note the belts. I don't know what colour those belts were. At that time the rank was signified by coloured badges sewn onto the gis. Also note that the knots in the belts are not uniformly positioned. It may have been that they are as Mr Miagi suggested in The Karate Kid, just something to hold your pants up, or in this case the top of your gi closed.

Also, as I understand it, the gis were handmade by JDJ's first wife as no martial arts products could be purchased in Perth at that time. It would appear that three-quarter pants were the go in the 1950s.
Posted by John Coles at 7:40 PM